The creators behind some of the world’s biggest electronic music events bring their hugely successful ‘Cream Classical’ show outdoors for an all new 20,000 capacity event at Liverpool’s Sefton Park on Friday 19th July. 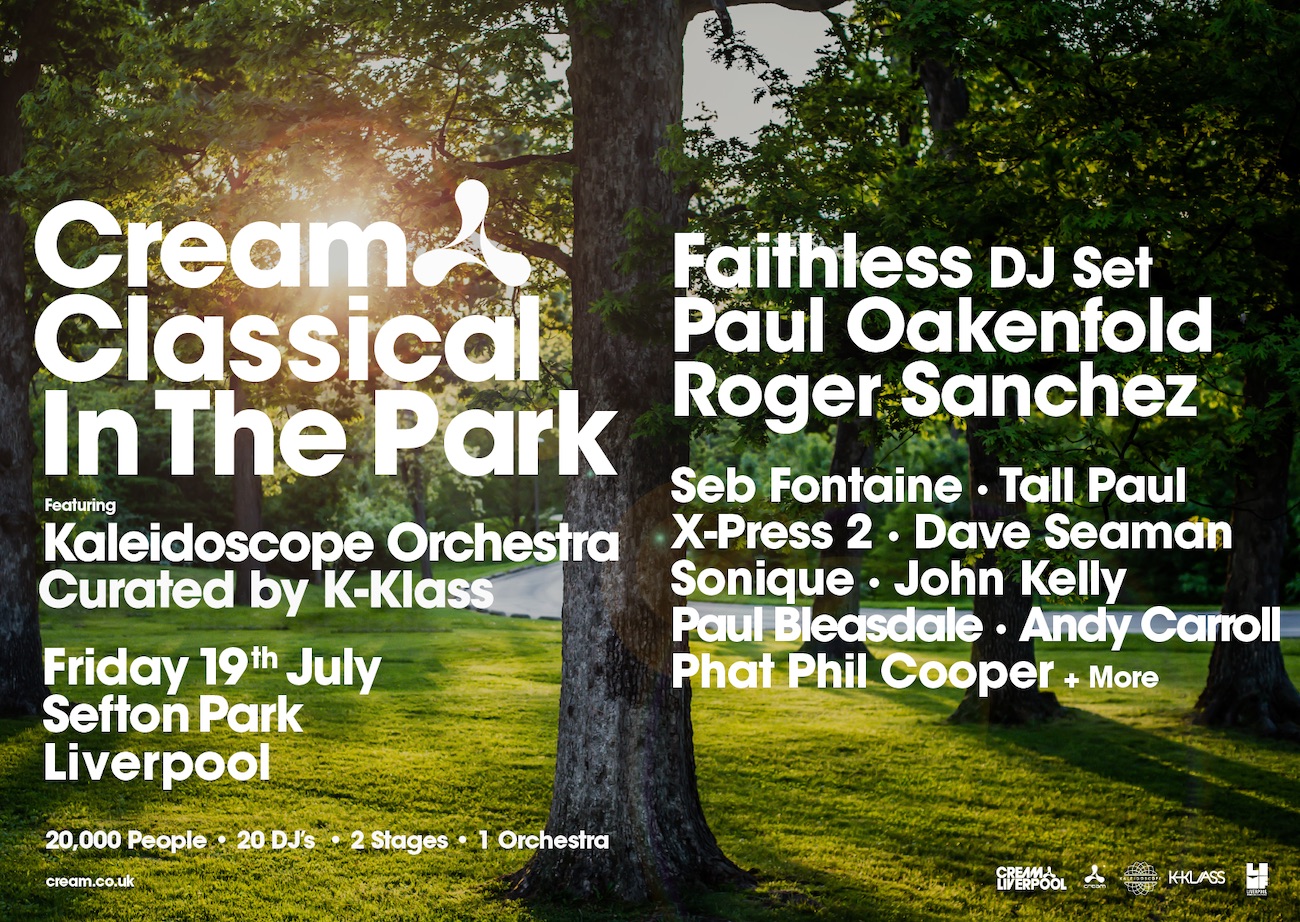 The creators behind Creamfields just announced to bring their series of CREAM CLASSICAL shows out of Liverpool Cathedral to the city's Sefton Park. Confirmed among others are Faithless (DJ Set), Paul Oakenfold, Roger Sanchez, Seb Fontaine, Tall Paul, X-PRESS 2, Dave Seaman, SONIQUE, John Kelly, Paul Bleasdale, ANDY CARROLL, and PHAT PHIL COOPER. They will join the 50 piece Kaleidoscope Orchestra who will be performing some of the club's biggest tracks. The organizers promise a "celebration of electronic music at its best and a soundtrack to a generation".

The event is associated with Liverpool International Music Festival and will take place on Friday 19th July at Sefton Park. Ticket prices start from £20+BF / VIP tickets (with fast track entry + VIP area access) from £35+BF. According to the organizers all those signed up for pre-sale tickets will receive an exclusive link to purchase from 9am Thursday 28th February / General tickets on sale 10am.